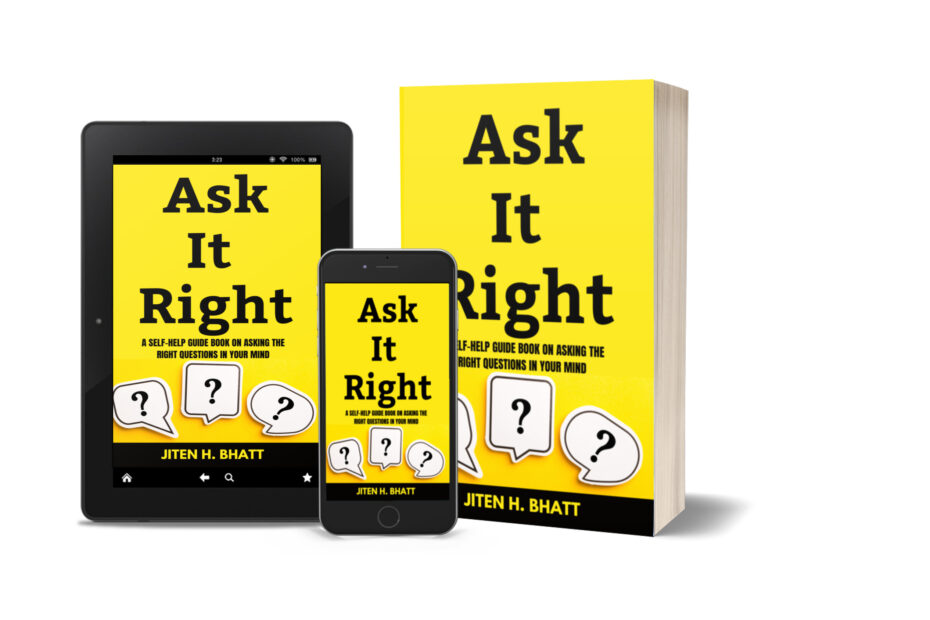 How often have you been in a similar situation? The real challenge for us in this modern society is how to stop comparing ourselves to others. We live in a world where it’s so easy to measure our worth against others. Today, we live in two worlds – Online and Offline. In the online world, we are often tempted to compare the performance of our posts with others on social media platforms such as Instagram, Facebook, and YouTube. Likewise, in the offline world, in our workplace or neighbourhood, we often spend a lot of time wondering and questioning ourselves if we are good enough, smart enough, or attractive enough. How many times have you raised such a question in your mind?

Why does my photo/video/post not get as many likes as him/ her?

Why does his/her body appear better than mine?

Why is our relationship not as perfect as this couple’s?

Why do I have to keep struggling, when he/she is always travelling and having a fantastic life?

I have been working so hard, yet why did he/she get promoted instead of me?

What is with him/ her that I don’t have?

These are just a few examples of some things we compare ourselves to. If you have also compared yourself with others at some point in time, don’t curse yourself, because you are not alone. You are not the only one who has been asking such self-comparative questions or feeling terrible and jealous because everyone else’s life looks more amazing and perfect than yours.

In the year 1954, social psychologist, Leon Festinger, proposed the Social Comparison theory, which states that there is a drive within individuals to gain accurate self-evaluation by comparing themselves to others. According to Leon, people compare themselves with others to evaluate their own opinions and abilities, reduce uncertainty and define themself. We seek to define our social status and individual performance on the basis of comparison with others. We use other’s performance as a metric to measure our performance and hence we ask such self-comparison questions.

In this comparison, we compare ourselves with people who we believe are in a condition/situation better than us. If conducted with a proper mindset, upward comparisons can motivate and lead to self-improvement. However, more than often, they lead to negative self-evaluation and result in reduced self-esteem. Psychologists have named this as Frog Pond Effect.

In the year 1966, American sociologist, James A. Davis, conducted a study [3] to evaluate the college students’ ambition and the impact of the environment on their local rank. James wanted to see if the students perceived themselves as “Big frogs in a little pond” or “Little frogs in a big pond”. What Davis discovered was amazing. Davis found that when students are surrounded by very high achieving classmates, they developed lower aspirations. When individuals are in a group of high-performing individuals, they evaluate themselves to be worse than they are. We know this effect as Frog Pond Effect.

Several years later, Cathy McFarland and Roger Buehler published their research paper [4], where they presented that the Frog Pond Effect happens because individuals self-monitor within a group rather than compare across groups. Individuals give more importance to local comparisons rather than larger out-of-group comparisons. We know this as the Local Dominance Effect.

Because of these Frog Pond Effect and Local Dominance Effect, we are more inclined to asking negative self-comparison questions. We are more likely to downgrade ourselves on seeing the excellent performance of others. Whether it is a social media post or some other achievement of others, we have lower self-aspirations, which forces us to ask negative self-comparison questions. Just don’t take my word for granted, there are enough studies to prove this.

The effect of frequent Facebook use on self-esteem was published in a research paper published by Erin Vogel and team in “Psychology of Media Culture” in October 2014 [5]. The study found that participants who used Facebook most often had poorer self-esteem, which was attributed to upward social comparison. In the same paper, using an experimental approach, the impact of temporary exposure to social media profiles on the state of self-esteem and relative self-evaluations was examined. The researchers exposed the participants to fictitious social media profiles that were based on either upward or downward comparisons.

They reported that the participants’ state of self-esteem and relative self-evaluations were lower when the target person’s profile contained upward comparisons.

Social media is full of morphed images and fake posts which give a very rosy picture of someone’s life.

A young couple went for dinner to a famous five-star hotel. Soon after placing their order, they started having a big fight over some issues. When the waiter brought the food decorated in beautiful dishes, the couple stopped their fight and asked the waiter to click a photo on their mobile with food at the dinner table. Just as the waiter finished clicking the photo, both husband and wife posted the photo on their respective Instagram profiles with the caption, “Enjoying dinner with my beautiful soulmate!” After the photo was uploaded, both of them resumed their quarrel.

This is a bitter truth that social media is full of happy life moment posts and rarely do you find people sharing actual problems and challenges on their posts. Social media is a deception that allures your mind to think that everyone is happy except you! But social media is not the only culprit. Our education system focuses on toppers, and the one who excels in education gets more respect and attention than others. So, all of us, including myself, who are a by-product of this education system, feel accomplished when we score the highest in class. We want to be a little superior to others. So, we sense happiness when everyone is doing worse than ourselves. If all my colleagues are doing worse than me, it makes me feel better because that makes me a topper. This philosophy is pathetic.

Renowned Yogi and author Sadhguru says [6] that the source of creation has given equal attention to all creatures, be it a tiny ant or the mighty human. Yet we humans falsely think that an ant is a lonely little creature and we are superhuman beings.

Life is not a competition or a race. If you agree with the philosophy of the character, Virus (Engineering college Director) from the movie 3 Idiots – “Life is a race and if you don’t run fast, then someone else will crush you and go ahead. Either compete or die!” – then by that virtue you must finish your race faster than others, i.e., you must reach the end of your life faster than others!

Comparison kills the joy of achievement

The root cause of pain in self-comparison exercise is the comparison of the results rather than the efforts. We compare ourselves by comparing in terms of the results, but never in terms of the efforts put in. We just can’t, because we are not in a position to do so. We never know how much effort other people have put in for achieving success. People only reveal their sunny side and rarely reveal their sad side.

Comparison directs our focus on the wrong person and/or the wrong thing. You need to compare yourself with your past only, never with others. You are unique. Can you find someone with fingerprints identical to yours? God has created you special. Then why are you downgrading God’s efforts in creating you? You have fought a million sperms before coming to this life. You are a born fighter. If not, then you would have not existed.

Hence, if you have been asking questions like, “Why does he/she get more than me?”, then you better stop falling into the trap of such negative self-comparison questions. A better approach would be to look out for the differences where you can excel. So, the correct questions to ask would be, “What can I learn from him/her?” or “What additional skills does he/she have that I need to learn to be at par with him/her?”

When you ask these questions, your hidden jealously will turn into self-improvement. You will find some meaningful insights into your weaknesses, which you need to overcome for achieving success. However, the big question is, “What is success?”

The renowned author and former monk, Jay Shetty, in his podcast [7] asks to “Define what success and happiness mean to you”. Jay stresses the importance of clearly identifying what success and happiness mean to you physically, financially, mentally, emotionally and spiritually. Success has its definition and is unique to everyone. What I think of success may not mean success to you. It is absolutely fine for you to have your own definition of success. For me, selling several copies of this book could mean success, but for you, the revenue I will get from these books could mean nothing. For me, running four kilometres in one hour on weekends is a great success, but for the marathon runner, Gezahegne Abera, running 42 kilometres in two hours would mean success. For a proprietor of a small firm, making one million would mean brilliant success, but for a business tycoon, making one trillion may still not meet his success criteria. The criteria with which you define success are unique to you.

A famous Radio Jockey once questioned her listeners as to what do they define as success. The most beautiful answer that she received was from an 80-year-old grandmother who said, “If you have moments in your life where you can turn back and feel happy, then that is a success!”

It is indeed the mentality with which we address the problems that define our success. The next chapter focuses on the right mindset for questioning.

On a lighter note…

One day, while cleaning the storehouse, a wife came across an old lamp. On rubbing the lamp, a genie appeared and promised to grant her any three wishes in return for liberating him from the lamp. However, the genie put a condition that whatever she asked, her husband will get 10 times of it. The wife agreed and so the genie asked her, “What is your first wish?”

Genie: “Are you sure? Whatever you wish for, your husband will get 10x as much.”

Genie: “Okay, what is your second wish?”

Wife: “I wish for the biggest house in the world.”

Genie: “Are you sure? Whatever you wish for, your husband will get 10x as much.”

Genie: “Okay, what is your third and final wish?”

Wife: “I wish for a mild heart attack!”

The above post is taken from my book, “Ask It Right – A self help guide book on asking the right questions in your mind”