Home » My Articles » The secret behind the success of “Rasode Me Kon Tha?”

The secret behind the success of “Rasode Me Kon Tha?” 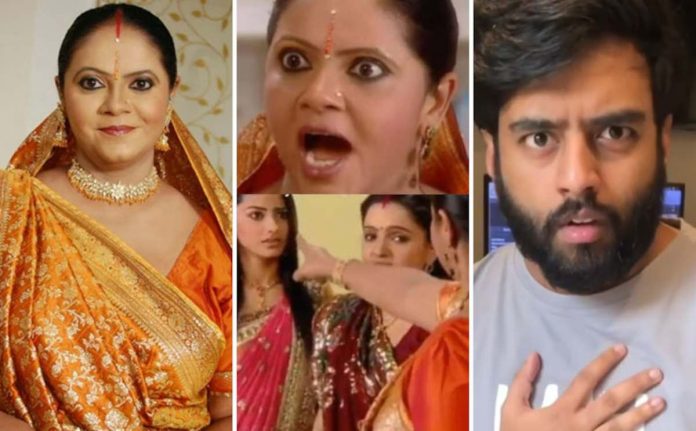 In the year, 1996, Bhushanraj Mukhate was blessed with a baby boy. They named the boy “Yashraj”. As Bhushanraj was a singer, Yashraj also had a deep inclination towards music from his childhood. However, after finishing his schooling from Holy Cross School Aurangabad, Yashraj joined Singhbad College of Engineering, Pune in search of engineering carrier. Though he finished his Bachelor’s degree in Electronics and Communication Engineering, he pursued a carrier in music as it was his passion. In fact, he started composing music videos, since he was in his teens. On 2 June 2011, he published his first YouTube video, which was a piano cover of song Wake me up. Just like most YouTubers, he did not get initial success, as no one knew him at that time. However, he continued his Youtube Journey and over the years added several videos about his music performance. On 9th December 2013, he posted a video about his performance in the Sufi rock show (Lamhe), where he gave his first autograph. Over the years, he continued posting videos about his music performances on Youtube without getting much attention from the mainstream media.

One day, he came across Dub Sharma’s profile on Instagram and noticed something peculiar. He noticed that Dub had made several amazing videos by adding beats to sounds from random YouTube videos. He loved the idea very much and so he tried making videos like that, but with his own style of music. Soon people started liking it, and so he kept making more such videos after his finishing his engineering. He published several such spoof videos along with his original music covers. His primary intention behind such quirky edits was to make his work reach out to a wider audience. In the long run, he always wanted more audience to listen to his other original compositions. Though he was getting several likes on his videos, yet he was far from becoming viral.

However, things transformed in August 2020, when he uploaded a parodical video adding rap to a scene from the television soap opera Saath Nibhaana Saathiya. That video was the lucky break, that an artist dreams for. The video went viral and has been viewed over 40 million times on YouTube, 1.6 million times on Facebook and 7 million times on Instagram, with several internet memes being made regarding his video. In case you have not watched the video, here is the link to his video.

After the video went viral, while talking to indianexpress.com Yashraj said that it took him around five to six hours in two days to create the original background score heard in this viral clip. When asked why did he choose Kokilaben, Yashraj said,

“I loved the way she spoke. It already had a rhythm to it. I added some beats and some of my favourite chords to it.”

This short yet delightful 42-second video started a laughing riot online, being shared by multiple accounts across social media sites, including people like Smriti Irani, Anurag Kashyap among others. Many who enjoyed the clip said it was the only form of Indian television that is “bearable”. Yashraj knew the character was popular, but he had not expected to explode like this. Yashraj gained over 75,000 followers on Instagram after he posted the video.

Overnight Success is a Myth

If anyone thinks this Yashraj video went viral just by itself, then they are wrong. It was 9 years of pure dedication and efforts that resulted in a viral video. I have seen many aspiring Youtuber’s who starting their YouTube channel expecting to be an overnight success. I have even come across many Trainers and Coaches, who promise to be an overnight success if I take their course. While I respect their thoughts, I believe that Overnight Success is a Myth. You can just post one or two videos and expect yourself to be viral on social media. There will be some exceptions, but few. Most of the people who have succeeded in life have had a long and painful journey prior to success.

For example, have you heard of Dyson vacuum cleaners? Dyson has become one of the most popular and successful vacuum manufacturer brands, all thanks to the relentless entrepreneurial spirit of its founder, James Dyson. As in September 2020, as per Google search, Dyson has a net worth of 650 crores US$ and is the richest man in the UK as per BBC in May 2020. But if one thinks Dyson was an instant hit, then think again. Dyson has seen 5,127 failed prototypes before his first model became successful. His journey to the riches took over 15 years. While many of the entrepreneurs might have called it quits after a dozen failed prototypes and a few years of trying, Dyson didn’t give up.

Many years ago, whenever I used to meet Swami Adhyatmanandji from Shivanand Ashram, Ahmedabad, he used to say an exquisite sentence. Every time he inquired about how things were going on, and he would say,

At that time, I barely realized that he was giving me one of the most important ingredients for success. Over the years, I have realized it in a hard way that the key to success is perseverance.

When the famous Spanish painter, Pablo Picasso, was walking through the market, a lady approached him and pulled out a piece of paper and said,

“Mr. Picasso, I am a fan of your work. Please, could you do a little drawing for me?”

Picasso smiled, and he quickly drew a small, but beautiful piece of art on the paper. Then, he handed the paper back to her saying, “That this piece will be worth one million dollars.”

The lady was stunned and said, “But Mr Picasso, it only took you thirty seconds to draw this little masterpiece.”

“My wonderful woman,” Picasso said, “It took me thirty years to draw that masterpiece in thirty seconds.”

It takes years of dedication and efforts to achieve something remarkable. Even people with exceptional talent often achieve expertise because of several years of practice. Now that doesn’t mean that the initial failures should dishearten us.

If you are a Youtuber, remember that

“You are one viral video away from your success.”

Likewise, whether you are an entrepreneur, an artist, an author, a blogger or any other such profession, your success is just going to be viral one day. But to get to that day, you will have to give many more days of dedication and perseverance.

So don’t give up and continue your efforts, success is bound to come.

Here are some of other such videos, which I loved.